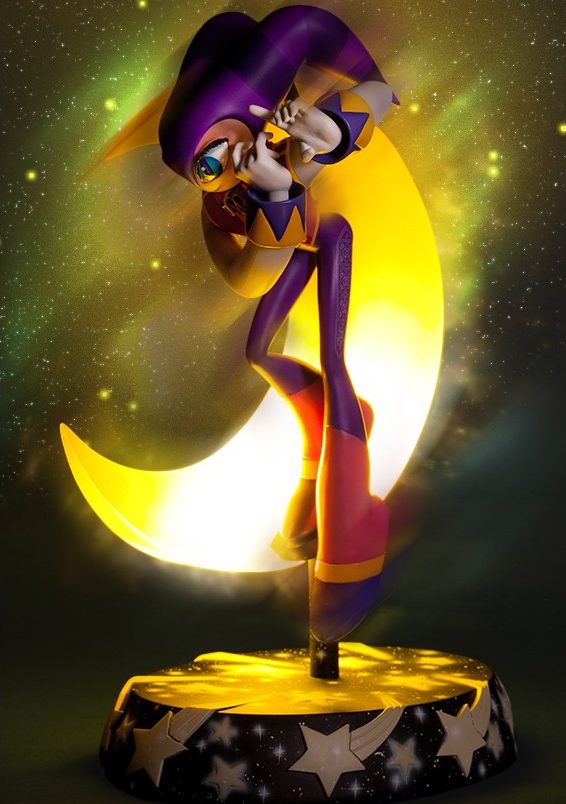 The fifth addition to the SEGA All-Stars range was NiGHTS, the main character from the hugely popular NiGHTS Into Dreams that debuted on the SEGA Saturn. NiGHTS is posed standing on a pedestal next to a crescent moon, recreating one of the most iconic images of the character.

For the Exclusive version of NiGHTS, the moon itself is lit with subtle ambient lighting, allowing for a simply stunning appearance once darkness falls.