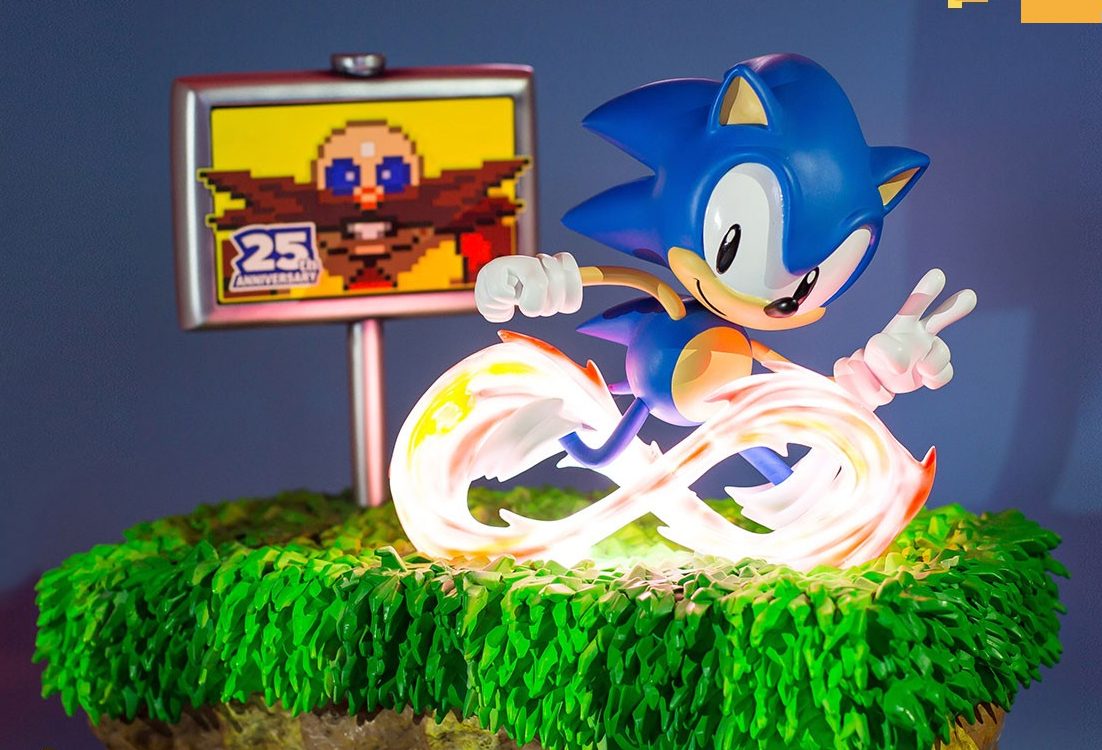 This diorama was released in honor of Sonic’s 25th Anniversary, and is inspired by the end section of the Green Hill Zone in which Sonic zooms pass the goal post to continue to the next act.

The exclusive version of the Sonic the Hedgehog – 25th Anniversary diorama has several exciting features. The Super Peel Out (also known as Figure Eight) is a technique exclusively performed by Sonic the Hedgehog and this diorama brings the move to life with animated LEDs. The goal post also spins, replicating the exact action seen in the game.