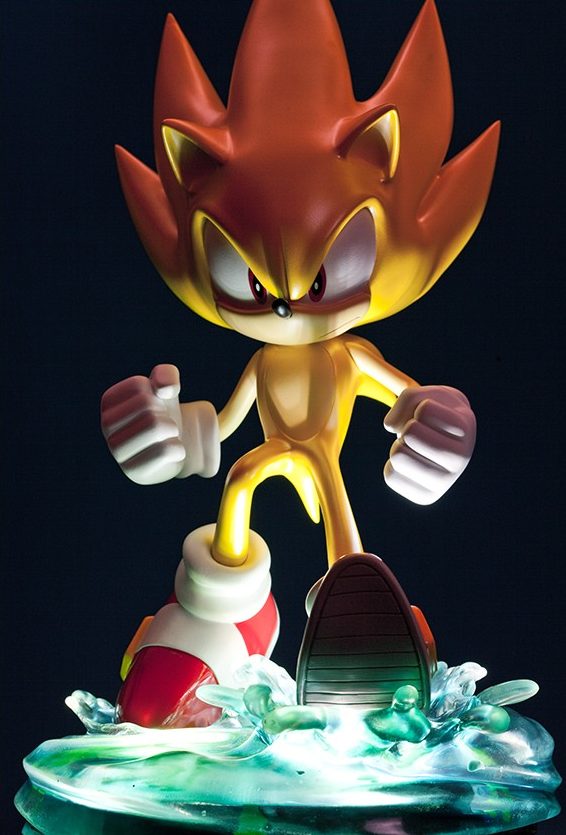 Modern Super Sonic is captured splashing down into the flooded ruins of Station Square, during the climactic final fight with Perfect Chaos at the end of Sonic Adventure.

Special painting techniques have even been applied to the figure to give Super Sonic the stunning reflective yellow sheen that is often seen in the games. A specially-colored clear resin on the base also allows you to look through the water to see the detailed ruined road that lies beneath the surface.

Two lengths of LED lights under the water’s surface illuminate in sequence to add a further dynamic to the Exclusive version of the statue, giving the appearance of Super Sonic speeding into the scene.