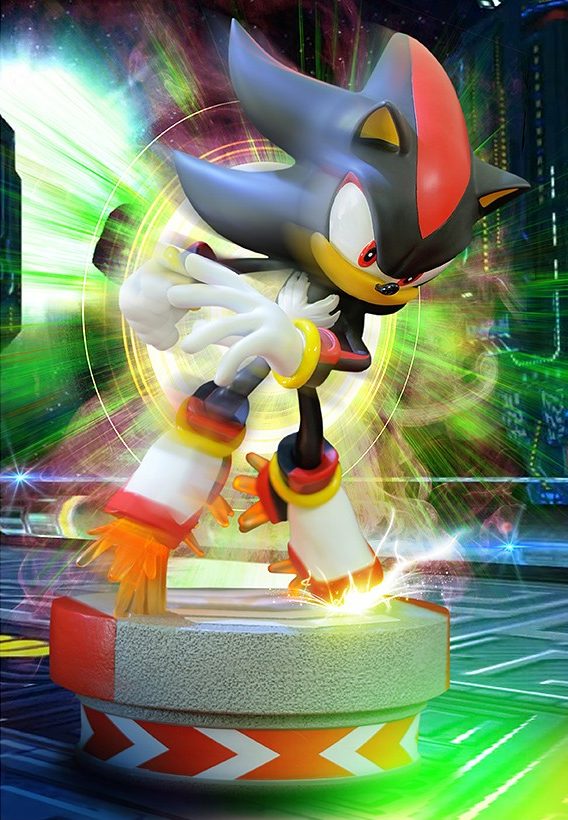 The second piece in the Sonic the Hedgehog Modern series was none other than the black-and-red hedgehog made in an experiment to create the ultimate life form: Shadow the Hedgehog!

Shadow is captured speeding along Radical Highway in his trademark ‘skating’ running style. Flames erupt from his jet-powered boots as he tries to outrun and outmaneuver the G.U.N forces trying to chase him down. The flames coming from the Exclusive versions of Shadow’s boots flicker in an alternating pattern to capture the full effect of Shadow in action!