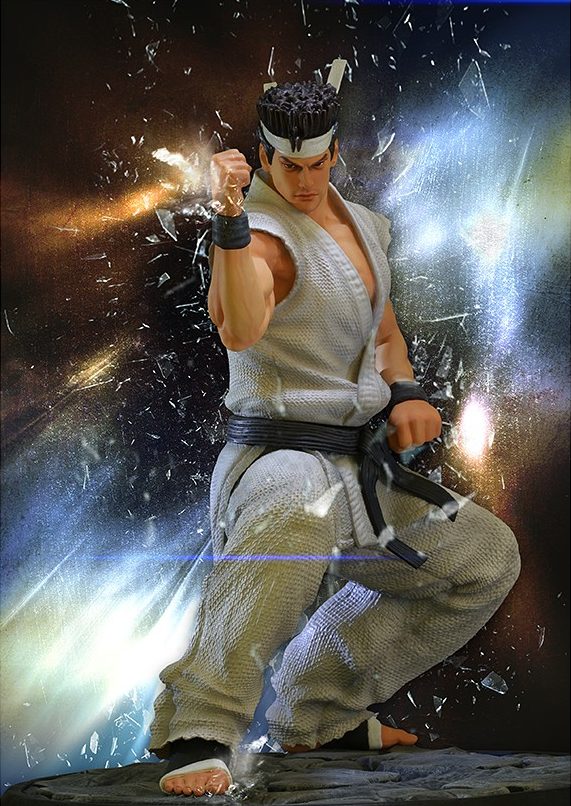 The mascot character of Sega’s long running Virtua Fighter series, Akira Yuki, was not only the second entry in the SEGA All-Stars line–he was also the first fighting game character that First 4 Figures ever made a statue of! The 1/6 scale Akira Yuki statue is 11″ tall, standing in his signature pose from Virtua Fighter 5.